Oceano Dunes SVRA, a popular OHV park with over 1.6 million visitors per year, is an important breeding site for two special-status ground nesting birds—the state and federally endangered California least tern and the federally threatened Western snowy plover. The snowy plover population at the Park is comprised partly of resident birds, present year-round, and partly of migrant birds, present only during the breeding or wintering season. Least terns are present only during the breeding season, generally from April to October, and migrate to sites well south of Oceano Dunes for the winter. Monitoring during the breeding season began in 1991 for terns and in 1992 for plover. Management efforts include:
These efforts help in the recovery of the least tern and snowy plover while keeping OHV use and other recreational opportunities available to the public. 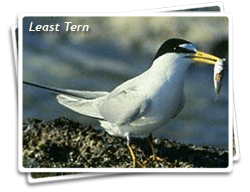 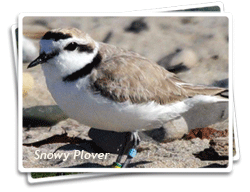