In 2016, a new General Plan was passed for Prairie City SVRA that included changes in designated land use throughout the park. In the Oak Hill riding area, land use was changed to “Trails Only” which allowed for a new sustainable trail system to be developed for the area. Previously, trails in the vicinity were created by users and had become heavily eroded due to mechanical and stormwater erosion which was intensified by vertical placement of many routes.

In 2017, park staff met with stakeholders, the public and geotechnical experts to develop a trail plan that supported responsible stewardship of the land while providing quality recreational opportunities to park visitors. A primary goal of the project was to adhere to the following mandates set forth by California State Parks Off-Highway Motor Vehicle Recreation Division’s 2008 Soil Conservation Standards:

“Off-highway motor vehicle areas and trails will be maintained in a condition that will allow for feasible rehabilitation by natural resource managers.” and

“Off-highway vehicle recreation facilities shall be managed for sustainable long-term prescribed use without generating soil loss that exceeds restorability, and without causing erosion or sedimentation which significantly affects resource values beyond the facilities.”

The resulting plan called for development of three new single track motorbike trails in the 9 acre planning area. Later that year, ground broke on the project. Approximately 6 acres of new native grasses and flowers were planted from seed, over 4,600 linear feet of new trail was cut in, roughly 1,100 feet of wildlife-friendly perimeter fence was installed along with five new access gates. In April 2018, once the vegetation was established and the new trail treads were deemed ridable, Oak Hill was opened to the public. 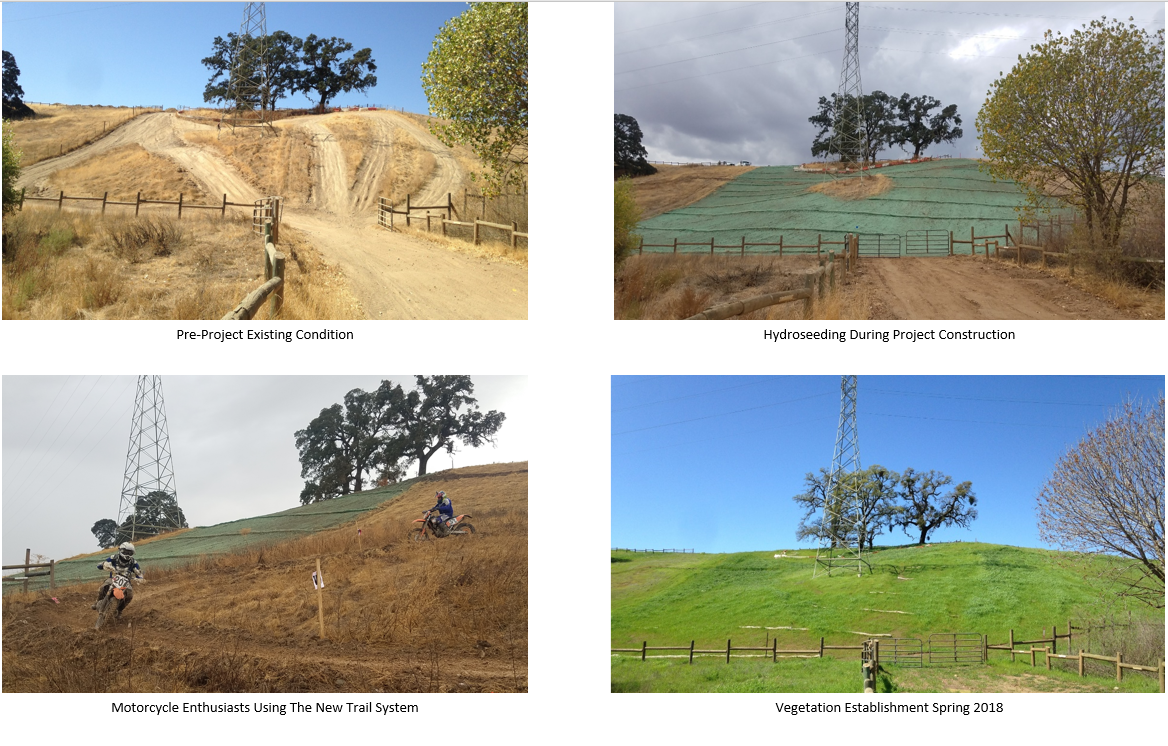 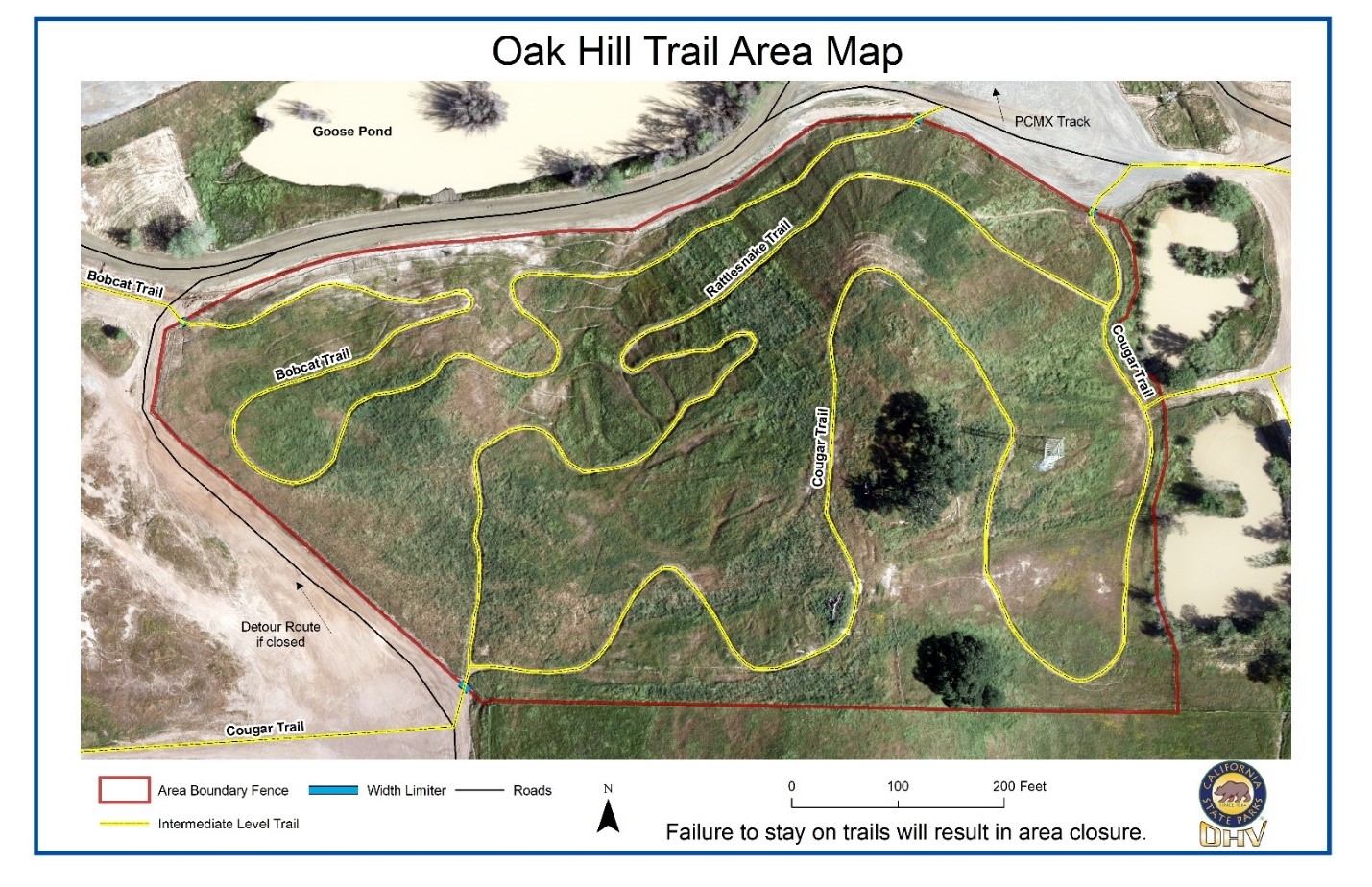 This pilot trail project successfully modeled land use conversion from “open riding” to “trails only” riding as called for in the 2016 General Plan. It strengthened the park’s partnership with the public and involved stake holders through the trail planning process. It met the directive of the 2008 Soil Standard by reducing erosion and sedimentation. It improved grassland habitat and improved air quality by reducing airborne particulates. Lastly, it created three new exciting and sustainable trails that will be enjoyed by dirt bike enthusiast for years to come. 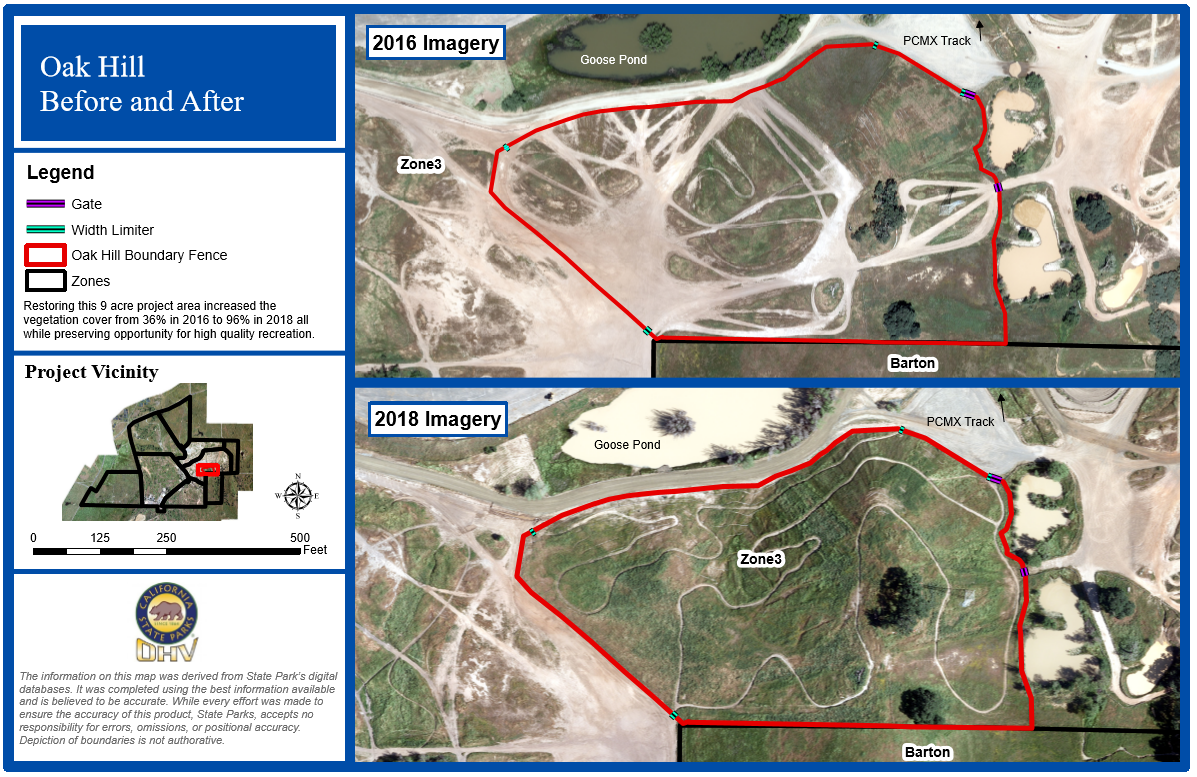 The Grant Wildfire
On June 12, 2020 the Grant wildfire burned through the southeastern boundary of Prairie City SVRA. In total, approximately 80 acres within the park burned including all of the Barton parcel and the Oak Hill Trail System area. Much of Oak Hill was ignited by fire crews using a fire fighting method called “back burning”. The purpose of a back burn is to set controlled fires in order to eliminate fuels in the path of a wildfire and stop the fire along that front. 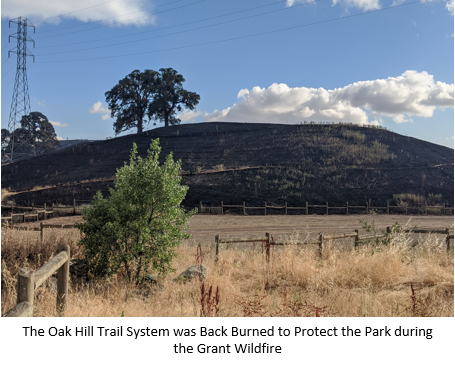 Once the 5,000 acre Grant fire was fully contained, Park Natural Resource staff assessed the fire’s impacts to ecological resources and began planning necessary restoration work that would benefit park visitors and the environment. The goals of the post-fire restoration project include preventing accelerated erosion caused by impacted soils, protecting downstream water quality and encouraging a return of native species to the area. The trail system was closed to the public in June and remained closed while restoration efforts were underway. In March 2021, Oak Hill was reopened to the public. 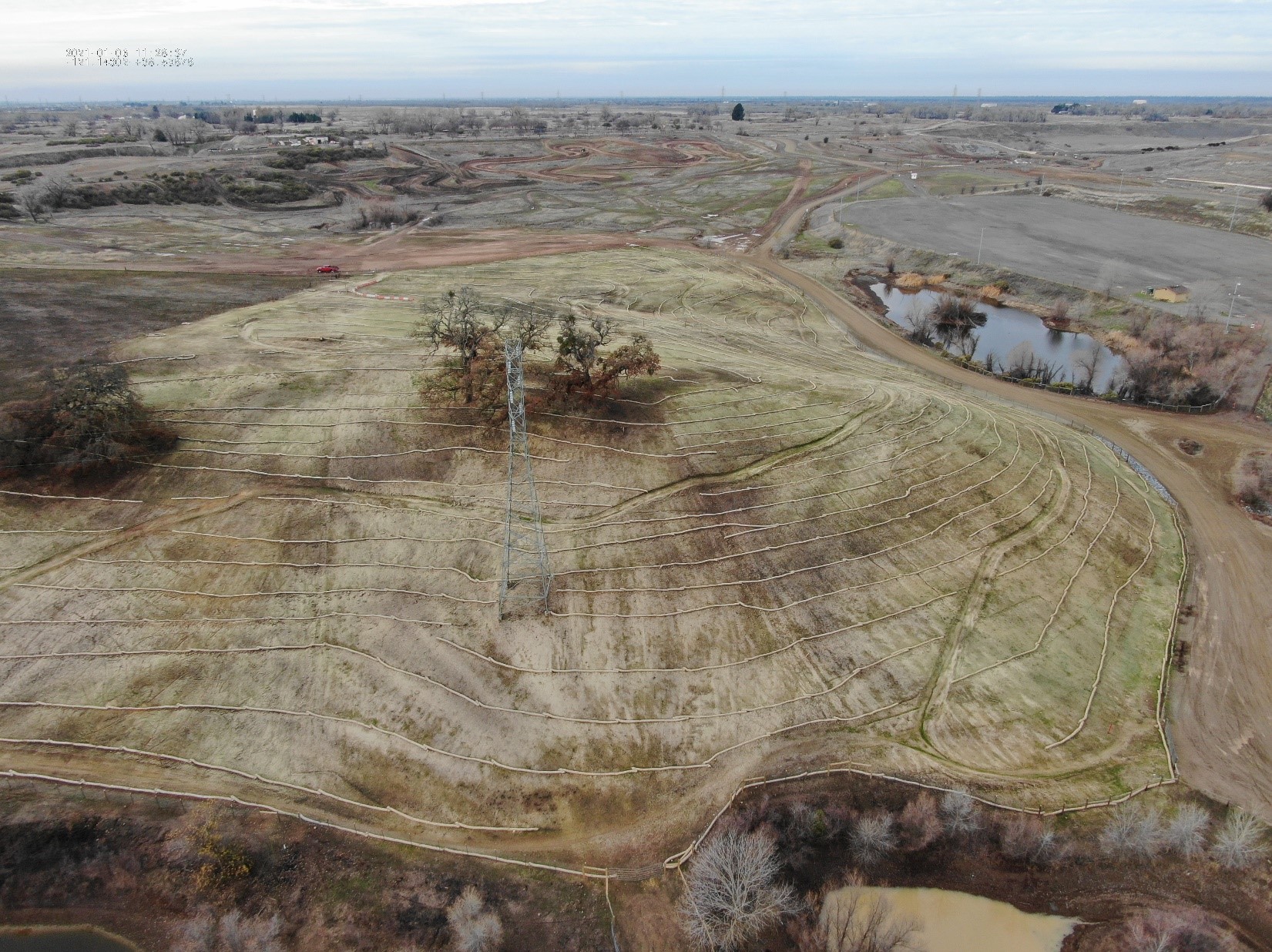 Fiber rolls were installed and native seed and wood mulch were applied to control erosion and improve wildlife habitat.