The Area 5 project at Hollister Hills SVRA involved many different components including replacing a dilapidated, undersized culvert, gabion basket (a wire mesh container filled with rock) removal from a stream channel, and the removal of sediment from a basin.
Culvert Replacement
The culvert was undersized and in need of removal. The ends were crimped by vehicle trespass and were at a high risk of plugging and blowing out during storm events.

The appropriately sized replacement culvert has an energy dissipating rock apron and a well constructed headwall to ensure blow outs do not happen. Fencing was installed to protect against trespass, and any disturbed ground due to construction was reseeded with native vegetation. 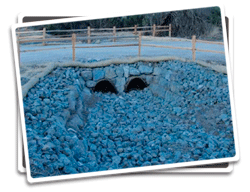 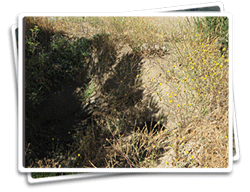 Gabion Basket Removal
Gabion baskets were previously placed in the stream channel to protect the banks from erosion. It has been proven this outdated technology worsens the problem it was originally intended to fix. Although the removal of the gabion baskets is a laborious process, Park staff is diligently working on removing the gabion baskets throughout the SVRAs and replacing them with up-to-date erosion control techniques.

After the gabion baskets were removed, the banks were reseeded with native vegetation. Also, if necessary, banks were stabilized and hardened. 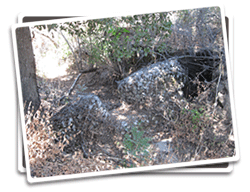 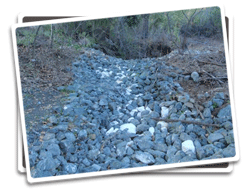 Basin Cleanup
The basin, used as a sediment trap, was gradually filling up with sediment. It was also habitat for the California red-legged frog. In an effort to accommodate both sediment trap and habitat needs, Park staff obtained the appropriate permits, cleaned the sediment out of the basin, and improved the habitat for the frog. The basin was reconfigured to provide a deep area for adult frogs to escape predators and a shallower area for tadpole rearing.

An interpretive panel about the California red-legged frog and wetland habitats was set up near the basin to provide information to visitors. 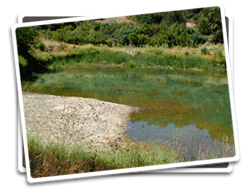 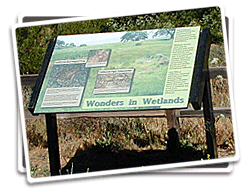