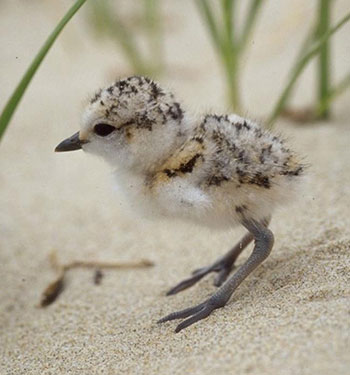 Oceano Dunes SVRA, a popular OHV park with over 1.6 million visitors per year, also provides some of the most productive breeding habiat along the California coast for two special-status ground nesting birds—the state and federally endangered California least tern and the federally threatened Western snowy plover.

Snowy plovers are small, light colored gound-nesting shorebirds. The snowy plover population at the Park is comprised partly of resident birds, present year-round, and partly of migrant birds, present only during the breeding or wintering season. Least terns are present only during the breeding season, generally for April to September.They are the smallest tern in North America, similar in size to the snowy plover (~6 inches), but with a longer wing span. Least terns feed on small fish caught from the surface of the water of the ocean or nearby fresh water lakes. While plover chicks hunt and capture their own food, least tern chicks are dependent on the adults to bring them appropriately sized fish. Park staff have been monitoring breeding least terns since 1991 and snowy plovers since 1992. Management efforts include:

These efforts continue to help in the recovery of the least tern and snowy plover populations while keeping OHV use and other recreational opportunities available to the public.

Western Snowy Plover Breeding Statistics:
With increased and adaptive management efforts by the park and help from visitors, the Western snowy plover population has improved. The number of breeding snowy plover adults at the park has steadily increased, from 32 breeding birds in 2002 to 190 in 2020. One chick fledged per breeding male is the estimated number needed to prevent the population from declining and 1.2 chicks fledgling per male allows for moderate population growth (US Fish & Wildlife Service 2007). For the 19-year period 2002-2020, average productivity at Oceano Dunes was 1.45 chicks fledged per breeding male (California Department of Parks and Recreation 2020). Oceano Dunes SVRA strives to continue in efforts to protect and contribute to the population of Western snowy plovers. 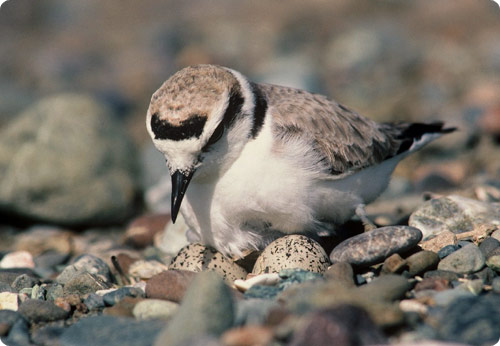 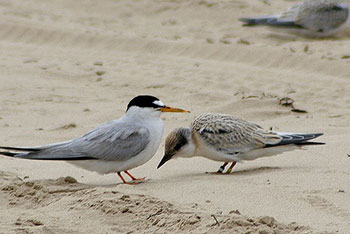 California Least Tern Breeding Statistics:
Similar to the snowy plovers, the tern population at Oceano Dunes has benefited from increased protections in place. From 1991 to 1996, the park had a very small least tern colony averaging 0-5 breeding pairs, the average increasing to 19-21 for the years 1997 to 2002, and to 41-45 for the 18-year period from 2003-2020. From 2006-2020, the average fledglings per pair was 1.10-1.18 (California Department of Parks and Recreation 2020). For all least tern colonies in California, the average number of fledglings per pair has ranged from 0.09-0.68 for 2005-2016 (Frost 2017). Although the colony is small, Oceano Dunes has been one of the top contributors to the number of juveniles produced each year in California, playing an important role in the overall recovery of the species.

For the safety of others around you and wildlife obey the posted 15 MPH speed limit and avoid driving through flocks of birds.

Protect Your Right to Play ...

Remember, Wildlife Has the Right of Way!

What do you need to know?

How do I protect my recreational opportunities?

Reduce your impact by obeying the following laws and park policies: