This was the first time the OHMVR Division had a presence at the annual event, which just completed its 26th year.  The booth featured camo-clad mannequins displaying appropriate riding gear; banners showcasing the Division’s mission, statewide OHV opportunities, and social media pages; various Tread Lightly!® and Division produced literature; and, the most popular features, the taxidermy coyote and skunk.

Over 1,400 quality contacts were made and staff are looking forward to building upon this success in 2014. 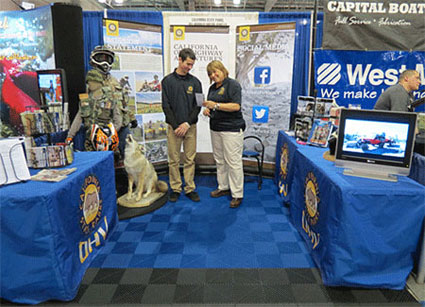