The Eastern Kern County Acquisition Environmental Impact Report (EIR) has been certified by the OHMVR Division and a Notice of Determination (NOD) has been filed with the State Clearinghouse.

On March 16, 2013, a subcommittee of the OHMVR Commission held a public hearing for the proposed Eastern Kern County Property Acquisition. 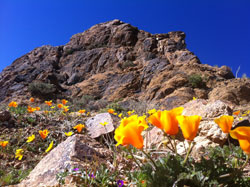 The Off-Highway Motor Vehicle Recreation (OHMVR) Division is proposing to acquire approximately 28,275 privately-owned acres in eastern Kern County. The 59 parcels proposed for acquisition are largely interspersed in checkerboard fashion with lands owned by the U.S. Bureau of Land Management (BLM), with some parcels adjoining the Sequoia National Forest or lands under other private or public ownership. (See Parcel Map.) The project parcels are currently used for off-highway vehicle (OHV) recreation, grazing, camping, wildlife viewing/birding, and other activities.

Motorized travel, including OHV recreation, occurs throughout much of the area, largely on designated roads and trails. A few of the project parcels are within the Jawbone Canyon open area, in which vehicles are not restricted to designated routes. By acquiring the parcels, the OHMVR Division would be able to improve overall management of the area as land managers would have complete access to manage and support the recreational uses, protect sensitive resources, and restore and rehabilitate damaged areas.

The OHMVR Division prepared a Draft EIR for the Eastern Kern County Acquisition project. The Draft EIR was available for public review and comment for 45 days, from February 15 to April 1, 2013. 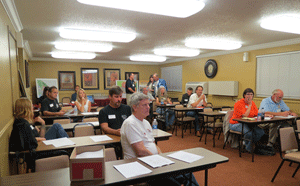 On October 16 and 17, 2012 the OHMVR Division held two public EIR scoping meetings in Ridgecrest and Lancaster, California, respectively. The purpose of the meetings was to introduce the project and gather information related to the resources and current usage of this area in an effort to conduct a thorough EIR analysis. Both of the meetings were well attended by interested agencies, non-profit groups, and members of the public. 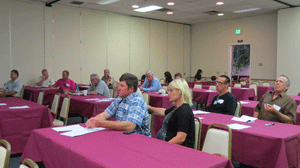 Members of the public expressed concern regarding activities currently occurring on this land and in the surrounding area, and how the OHMVR Division will incorporate these ongoing uses in the overall management plan. A short list of current uses in this area includes: OHV recreation, free-range cattle grazing, camping, hunting, nature and wildlife viewing, and rock hounding.

These activities have occurred in the area for decades or more, and all are important to the local community and the many people who recreate in this area. The OHMVR Division is in the process of looking at all of the comments and writing the Draft EIR.

HOW CAN I STAY INFORMED?